What your pocket square color says about you!

by Kamal in Pocket Square

Wearing a pocket square is a way to give a message to those around you: you are not a conventional man in a suit, but a discriminating gentleman with a creative, dapper streak.  The color you choose for your pocket square, as well as how you fold it, can send additional signals.

For example, say you’ve decided on a white square.

This color choice, dating back to the pocket square’s origins, might suggest that, though you can be sartorially bold, you also appreciate tradition and order.  On the practical side, a white square also goes with any suit or tie.  Now, say you’ve chosen a classic, simple fold, like the straight, TV, or one-point.  This can continue that traditional message.  But if you want to stir things up a bit, perhaps you might choose the puff or reverse puff.

In the world of professional and formal attire, color theories abound.  For example, blue is generally considered a cool, calming, and somewhat conservative shade.  Red is a common color on ties and pocket squares, but its warmth and brightness makes a more notable mark.  Its association with anger and passion may even give a hint of your strong will and ability to fight for what you want.  Black has also long been considered conservative, professional, and typical – but in recent years, it all depends on how you wear it.  In addition to using a more elaborate pocket square fold, you might choose a skinny tie (à la those fellows from “Reservoir Dogs”) for a look that’s truly eye-catching.

Other colors are more unusual unto themselves.  Pink often suggests your softer side.  Green brings to mind spring, growth, or prosperity and goes nicely with a brown jacket.  Yellow gives a splash of color to an otherwise dark ensemble.  In some cases, as when paired with light blue, it can suggest approachability and friendliness.  Paired with the right fold – say something a bit eccentric or elaborate — it can hint at your unique, artistic nature.  In fact, according to this study, green, purple, and yellow are three colors that most frequently suggested creativity to people conducting job interviews. 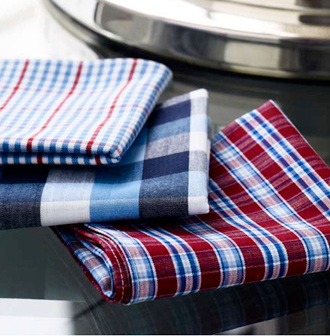 And then there’s orange. Orange is the lonely color – nothing rhymes with it, for one thing.  While it’s also among the colors that suggest creativity, an orange tie or solid orange pocket square may seem a bit too loud, or even, as that same study reveals, unprofessional, in certain people’s eyes.  But if employed with reflection, it can show that you’re not afraid to make a statement, and even perhaps that you are a modern-day dandy.  We suggest using orange as an accent color: choose a patterned pocket square that features the bold shade, rather than a solid orange one.  Or, fold a solid orange pocket square in a more traditional way, so that it compliments the orange patterns on your tie, but still stays a bit subdued. 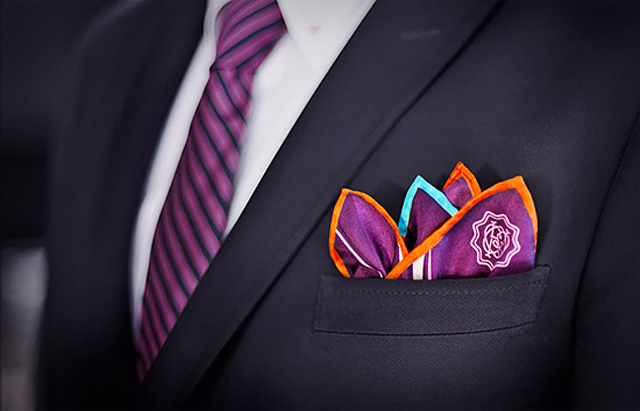 Ultimately, though, while colors and folds may give off certain impressions, the most important aspect of it all is you, good sir! Wear your pocket square of any color with confidence and ease, and you are sure to make a lasting mark on anyone whose gaze falls upon you.

PS. Have a look at our Glamorous Pochette Shop. We have some pretty cool stuff!

What are you looking for?